My wife and I attended a banquet where I was to give the invocation last Thursday evening.  Whenever I'm doing anything public in service to Our Lord I wear my Order of St. Luke the Physician pendant.  Often it becomes a conversation starter.  Well, it did that night.  The banquet was held in the family life center (nice, big facility) of a large UMC congregation in the neighboring town.  The banquet was to benefit educators in the public school system and a member of that congregation's spouse is a teacher in the system.  During the social time prior to the banquet this man, we'll call him Tim, looked at the pendant and asked "is that the symbol for the Santa Fe Railroad?"  I said that it did kind of resemble it but no, it's the symbol for a religious order I'm associated with.  I explained that it was a healing order to which he replied:
"Oh (chuckle chuckle) so YOU heal people?  Ha!"
I briefly replied saying "No, I don't heal anyone, God heals".  He immediately changed the subject and we both moved on to socializing with others.
That church holds monthly healing services the first Sunday evening.  With a congregation of over 400 maybe 20 come to the healing service.  It's essentially the same 20 who come to every Sunday night service.  It's a pity that of those who call themselves Christians so few embrace intercessory prayer for healing.  The majority don't witness the miraculous hand of God at work in these sessions so they fail to see it with their own eyes, hear the testimonies with their own ears, and feel the love within their own lives.  Perhaps it's because of the bad rap that healing gets from the charlatans on TV.  Perhaps it's because they genuinely don't believe it happens.  I don't know.  I do know that the majority is being deprived of the blessing that comes from praying for others in this way.
Frankly, I believe that most mainline Protestant pastors are reluctant to preach on the gift of healing for fear that the congregation will think that they are a whacko.  If they do hold healing services at some other time than Sunday morning, it's often promoted with the same enthusiasm as the announcement that the womens group will meet next Monday night.  We don't want to lift it up much higher than that for fear that we'll get replaced by the majority next year.   We''re afraid that most will think...
..."Oh (chuckle chuckle) so YOU heal people?  Ha!"
Posted by Brother Marty at 7:04 AM No comments: Links to this post 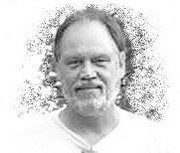 Brother Marty
Rural Alabama, Alabama, United States
I'm referred to as Brother Marty by people in my community. I heed a calling to the healing ministry, but more importantly, to be a minister of Jesus Christ for any and all who will seek His comfort.

The Order of St. Luke the Physician 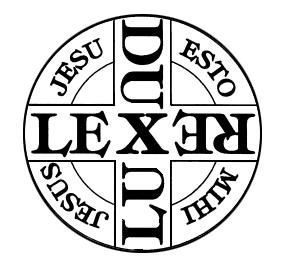